We also have a small number of original photographs available at https://parklanegallery.org/ with free shipping in the United States. 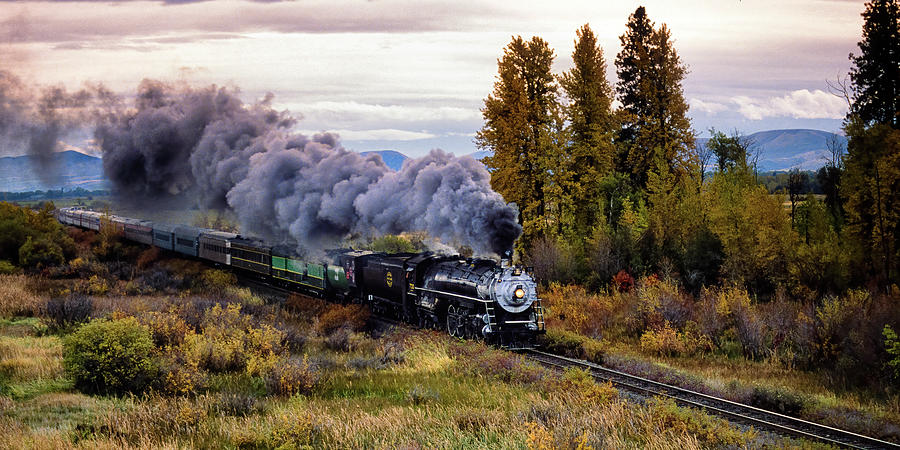 Twilight of a Goliath

Original - Not For Sale

This piece is not for sale.   Please feel free to contact the artist directly regarding this or other pieces.

Twilight of a Goliath

Steam Engine #700 is the only surviving original Spokane, Portland and Seattle steam locomotive. It was built by the Baldwin Locomotive Works in 1938. Seen here as it ran between Yakima and Enumclaw, Washington as a dinner train. The original image was captured on film in 1989 and transferred to digital.